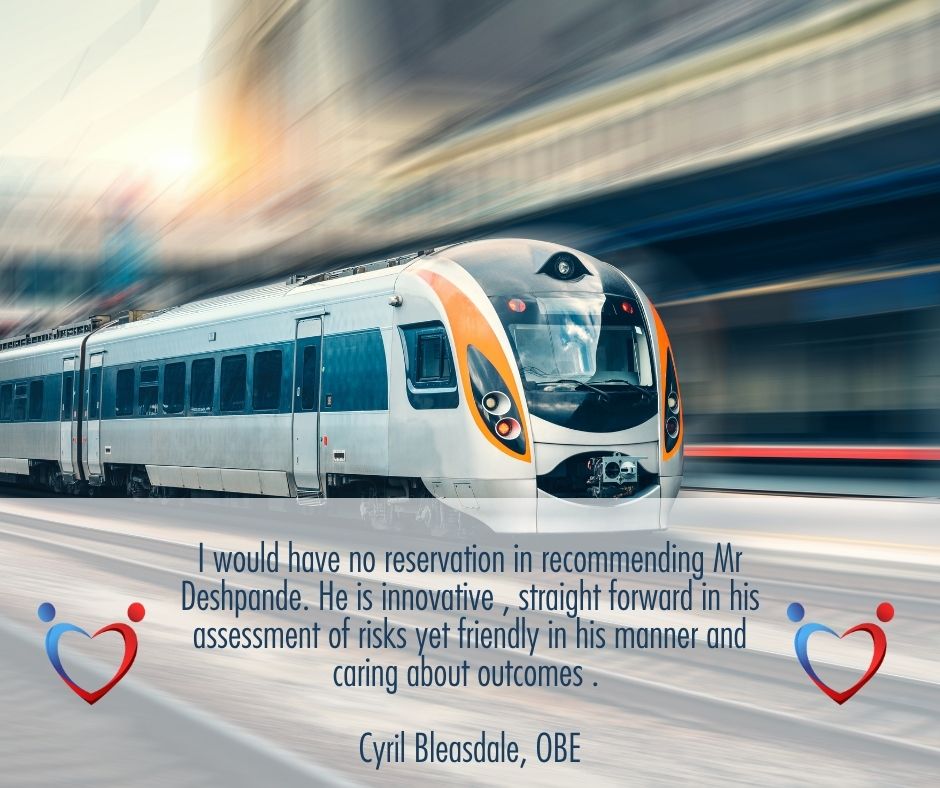 Mr Bleasdale had started to experience breathlessness and serious breathing difficulty when walking, which had become increasingly worrying and was having a major impact on his day to day life.

Mr Deshpande recommended that he had his tricuspid heart valve replaced. Instead of opening up his chest, Mr Deshpande was able to perform the procedure in a minimally invasive fashion through an incision on the side of his chest, meaning that he would have a much faster recovery and significantly less discomfort, as well as a much smaller scar.

In Cyril’s words ‘I would have no reservation in recommending Mr Deshpande. He is innovative, straight forward in his assessment of risks, yet friendly in his manner and caring about outcomes. Now nearly 5 years (I had the procedure in August 2015) after the procedure currently I’m breathing well, cycling and keeping fit whilst recognising I shall be 86 very soon. Pretty good outcome as this was my second open heart surgery, the previous being in 2010.’