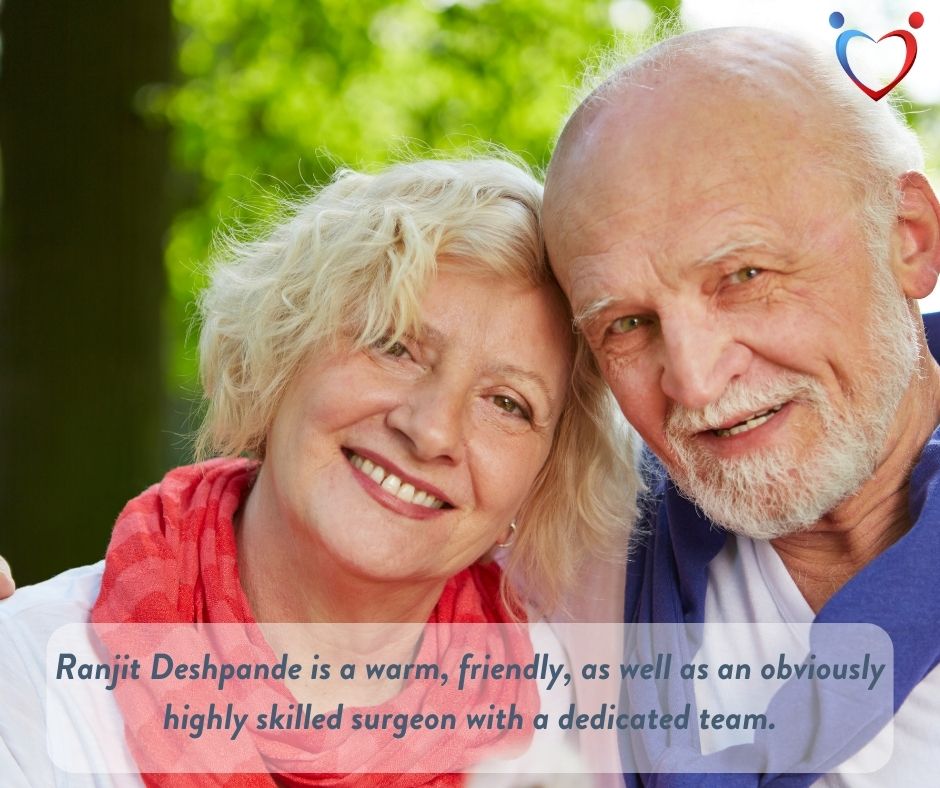 I’d had a blocked coronary artery for 17 years but managed with a GTN angina spray before exercise. But in the past year my angina became worse and tests showed nearly half my heart wasn’t responding to or helping with exercise. Angioplasty was tried, as it had been 17 years ago, but again it didn’t work.
Despite the increasing angina, I initially resisted the idea of a bypass. I’d seen friends and relations have a very hard and painful time during their long recovery and I felt that at 78 I could do without that stress to my body and interruption to my life.

My cardiologist referred me to Ranjit Deshpande who thoroughly explained and discussed the minimal access procedure for bypass surgery, and I decided to go ahead. Since the operation I’ve had no angina, success! But what has amazed me most, compared to the experience of others I’ve known, is the lack of pain during recovery. At worst I’ve had two paracetamol’s worth of pain – and rarely even that. Scarring has also been less than I thought possible, after only a couple of months my main scar has reduced to a thin line.
Of course, for a while after coming home, I was tired and did a lot of watching daytime television and dozing! But from about four or five weeks post-op I was doing most of the usual chores around the house and a couple of weeks later I felt secure driving around London again. Now, 10 weeks post-op, life feels practically back to normal. And since the operation, no angina, practically no pain and minor scarring.
Ranjit Deshpande is a warm, friendly, as well as an obviously highly skilled surgeon with a dedicated team. From my experience, I recommend him and minimal access surgery unreservedly. 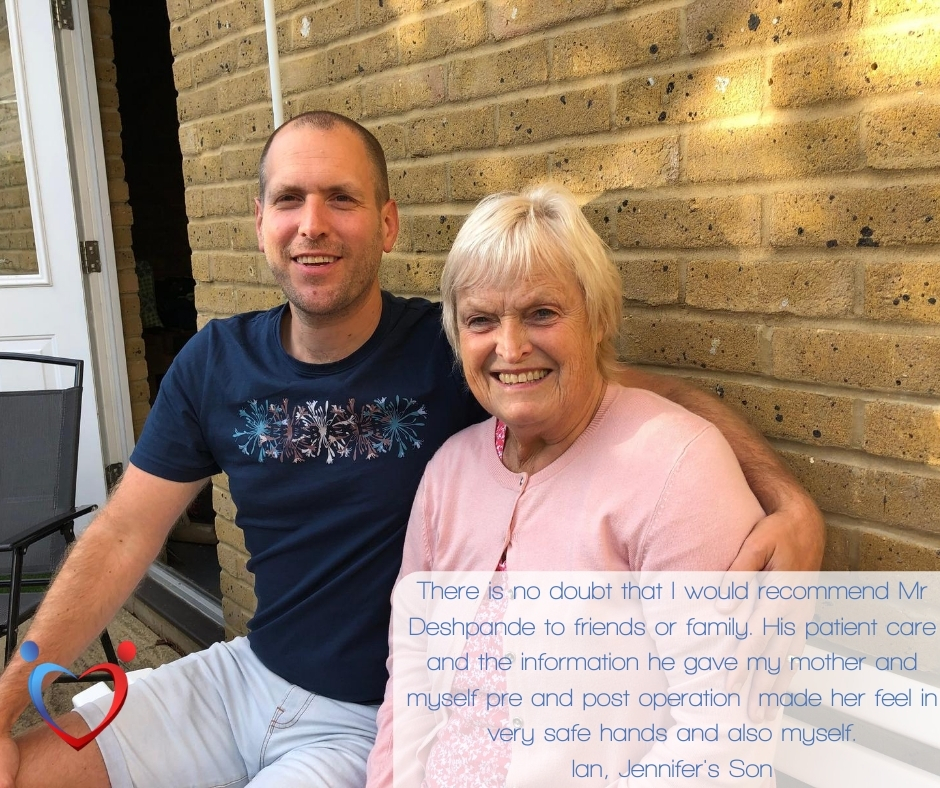 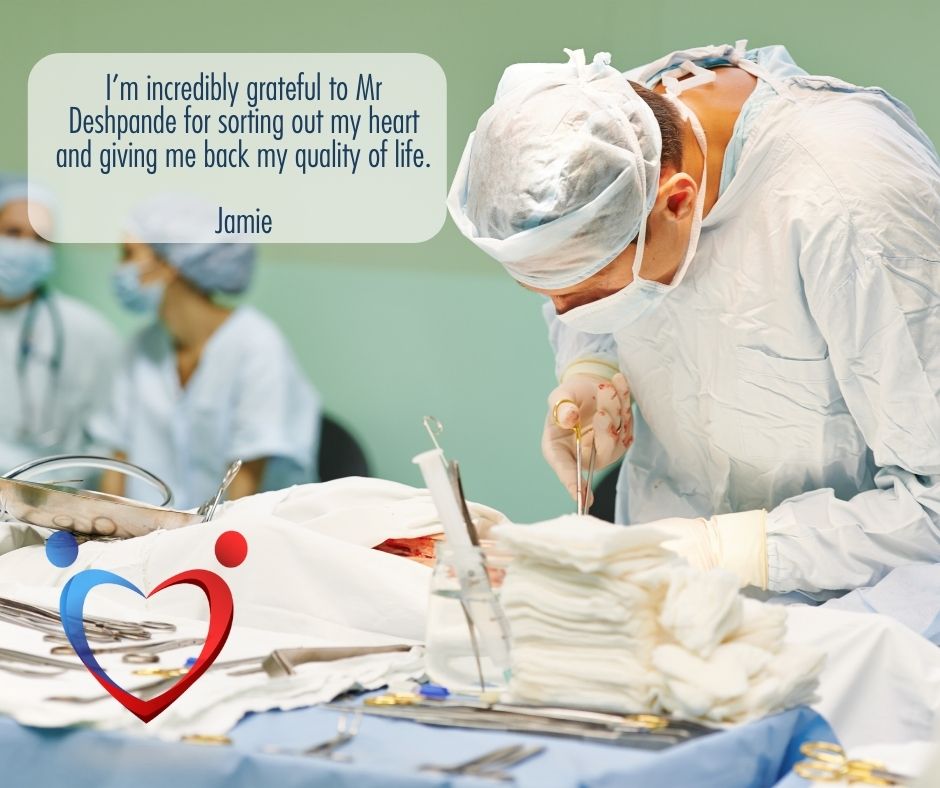